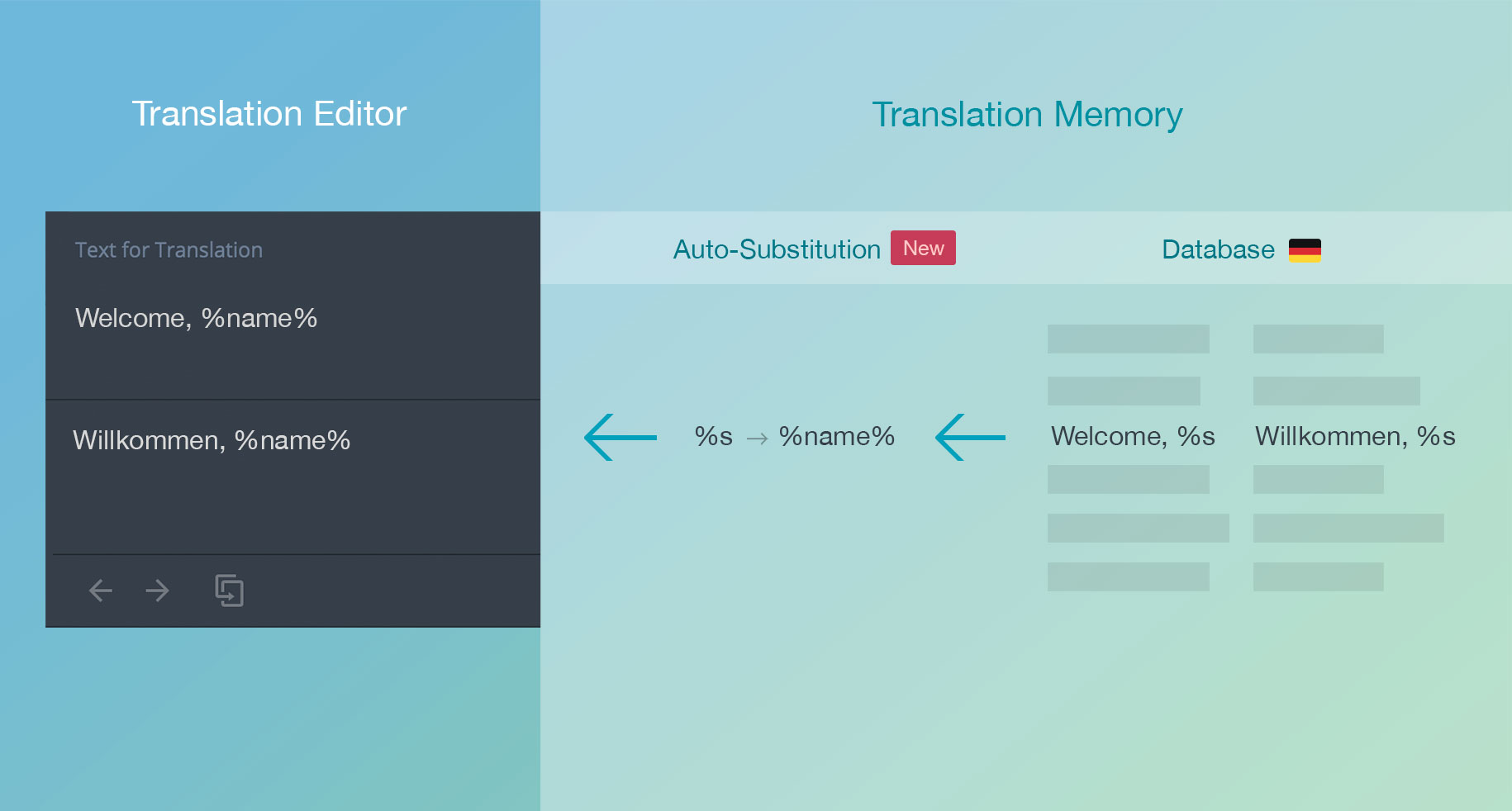 This fall, we released a new beta feature — Auto-substitution, which is now successfully out of beta. The main purpose of Auto-substitution is to increase the benefit of using the Translation Memory (TM) by suggesting translations with a higher similarity match. The feature recognizes non-translatable elements (such as tags, HTML entities, placeholders, numbers and more) in translations suggested by TM and if they differ from the ones in the source string feature replaces them. To understand exactly what the feature does let’s imagine you are translating a new project from English into German. You already have a similar project translated and would like to reduce the translation costs and speed up the process by leveraging the TM. Here’s what you can find in the TM: The source string you are translating now is in English:

Without auto-substitution feature enabled TM would suggest you the following translation in German: Now, tags in the source string and the suggested translation match. Which means pre-translation would recognize that as a 100% match and add such translation automatically. No additional manual work for you. The main aim of suggestions is to save time and help translators by showing how matching strings (configure minimum similarity match for shown suggestions in Editor Settings) were translated before.

With Auto-substitution feature, you would be able to see the improved matches as well. They would look like regular matches. To distinguish them look at the TM suggestions that show the match percentage before the substitution and after. How cost reports are calculated with auto-substitution enabled

Go ahead and activate Auto-substitution feature to save time and money translating the project. As more translations made by pre-translation via TM, and more accurate TM suggestions mean more automation and thus faster work of translators.

Working on a Specific Task in the Editor Got Easier

Additional Security for Your Crowdin Profile and Projects

Use Screenshots to Get Translations Relevant to Your App

Save Your Time & Be Productive by Managing Localization with Updated Reports